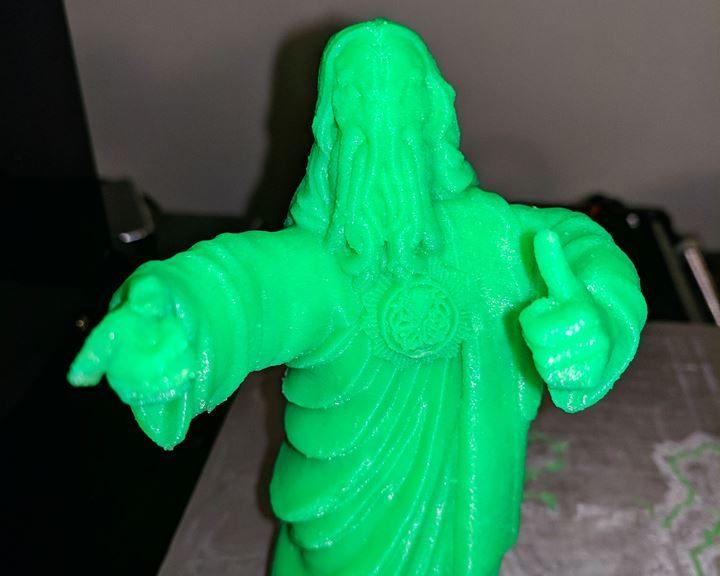 It was bound to happen. My Anet A8 kicked the bucket, well not entirely. While printing a new top plate for my F550 Flamewheel (the original snapped when it went into free fall on the first flight due to improperly secured propellers), the z-axis driver stopped working. Reviewing my options, it seemed all was lost. This made me sad as I had spent a considerable amount of time upgrading it to work the way that I wanted. I had added the mosfet to the heated bed, soldered directly to the bed to eliminate the high current going through the plastic connector (which had already started to melt by that point), added an inductive z-probe to do auto leveling, and printed a few upgrades specific to the model. This left me faced with a choice, get a drop in replacement and hope that one of the drivers didn’t die again, or swap the anet v1.0 mainboard for a RAMPS 1.4 board. I chose not to take the easy route and bought the RAMPS 1.4 board.

When the package came with the RAMPS board in it, I was excited. It was a month that I was without my printer and I had an itch that I needed to scratch. I decided to dive right in and start rebuilding the printer. While I had done some research on the board, I was unprepared for the lack of documentation that was included. The packaging contained an Arduino Mega, the RAMPS board, 5 A4988 stepper motor drivers, a USB A to B cable, and a cd-r containing a host of documentation that was not relevant to what I had purchased. I consider myself somewhat handy and can usually figure these things out, so I started by looking at the RAMPS board. One thing that stood out immediately was that this was not going to be a simple plug and play operation. The connectors on the Ramps board are just pins used with Dupont connectors. All of my connectors from the Anet A8 were JST connectors. This was not an issue for the X, Y or Extruder motor. It was a problem with the Z motors, end stops, thermistors, and z-probe (added on in place of the z end stop, I’m lazy and like auto-leveling).

Back to Amazon to purchase some necessary supplies.  Connectors,  terminal crimpers,  and jumpers (which were unnecessary, I failed to search in the RAMPS board box hard enough).

Thankfully, swapping the ends was pretty straightforward after watching some YouTube videos on the crimping process, and wasting multiple fittings before doing so.

After getting the board all wired up, and Marlin firmware tweaked, there are many guides on setting up Marlin for the Anet A8, it was time to test the printing.  The first few attempts lead to the nozzle smashing into the heated build plate, because the sensor was not registering.  My fault entirely as I had it wired as a z-max, not a z-min.  Oops.

Changing the settings in the Ramps firmware and re-flashing the board lead to the Ramps board functioning.  Finally, I could test the printer again.

One thought on “Upgrading the ANET A8 with Ramps 1.4”